Changes to No-Fault Law (Part One) 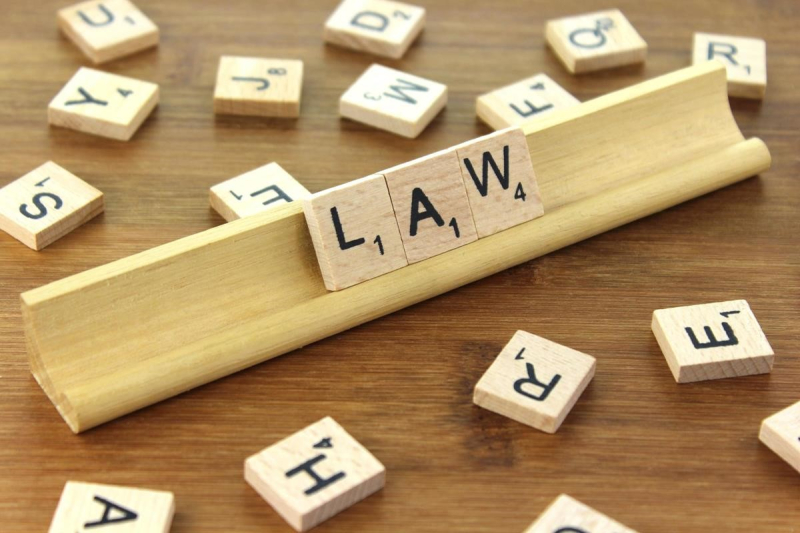 As you have probably learned by now, No-Fault law in Michigan as we knew it changed drastically in 2019. The original law was enacted back in 1973 under Governor William Milliken. The No-Fault system evolved over time with many interpretations of the law and guiding authority provided by the courts.

Our No-Fault system in Michigan was relatively unique in that it provided an avenue for injured parties to recover unlimited lifetime medical benefits for allowable expenses, which was very costly for insurers and in turn, for insureds paying auto insurance premiums. This is no longer the case for many with the recent amendments to the No-fault law, which allow policy holders to choose various levels of PIP coverage and opt out of certain coverages under very specific circumstances. The most recent amendments had three very important dates. Some took immediate effect as of June 11, 2019, and others not until July 2020. Still others do not take effect until July 2021. This article provides a general overview of only some of the changes, and is not meant to be a comprehensive review of all of the changes to No-Fault in Michigan.

Under the No-Fault system generally, an injured party would seek most damages from their own automobile insurance carrier regardless of fault, with few exceptions to include mini tort claims, excess economic and non-economic damage claims against an alleged at fault party which met a certain injury threshold. Those injuries, called “threshold injuries,” had to result in permanent serious disfigurement, death, or serious impairment of body function, to be legally compensable. MCL 500.3135 governs such claims. Now, injured parties can recover excess economic damages to include all future allowable expenses, work loss, and survivor's loss. Since PIP benefits for allowable expenses for medical care will no longer be unlimited in all cases, there is now the potential for some significant excess economic damage claims for medical expenses.

With respect to claims for non-economic damages mentioned above, the statute has codified the criteria outlined in McCormick v. Carrier, 487 Mich 180, 795 N.W.2d 517 (2010), previously relied on by practitioners. MCL 500.3135(5) now provides a lengthier statutory definition of "serious impairment of body function."

The mandatory minimum coverage for residual liability insurance to cover those serious injuries and resulting increased excess economic and non-economic damage claims mentioned above has gone up with the changes to No-Fault, from $20,000 per person/$40,000 per occurrence to $250,000/$500,000, but the law provides an opportunity to opt out and obtain lower limits of $50,000/$100,000 as of July 2020.

Some of the more notable changes that took immediate effect included an express statutory cause of action for providers pursuant to MCL 500.3112. This was an area that had been the subject of ongoing dispute for quite some time. Medical providers had for many years previously pursued No-Fault benefits directly from carriers and after many legal challenges, the Court in Covenant Med. Ctr., Inc. v. State Farm Mut. Auto. Ins. Co., 500 Mich. 191, 895 N.W.2d 490 (2017) held that they did not have a direct cause of action. Following this decision of the Michigan Supreme Court, providers simply started pursuing their claims independently in court by virtue of an assignment of rights from the underlying claimant/injured party. Changes to the No-Fault law have now codified the providers’ right to bring a suit directly against the insurance carrier to obtain payment of bills.

There were also significant changes to MCL 500.3114 and 3115. These sections tell us which insurance carrier injured parties should look to after an accident for payment of their first party benefits. The rules of priority for injured parties or claimants injured while occupants of motor vehicles or motorcycles, are covered in Section 3114. Those injured while non-occupants are covered in Section 3115. In short, the amendments in June 2019 resulted in substantial changes to the priority rules for injured claimants without a personal or household policy. If an accident occurred on or after June 11, 2019, then claimants under both categories must look to the Michigan Assigned Claims Plan for payment of PIP benefits.

In closing, although we are starting to see the implications of some of these changes, there are still many unknowns. Look for the second part of this article pertaining to additional No-Fault Changes in coming editions of Inter Alia.

“Taxation without representation” a political slogan that gained notoriety in the early period of American History that expressed the grievances of citizens required to pay taxes without any say in the government. For people of color, that right to vote and have a say did not come until 1965 and the 15th amendment. However, to this day, minorities in the United States are still faced with grievances and challenges they cannot handle on their own and require counsel. When it comes to legal issues and challenges their voices are still unheard or improperly translated because of the lack of minority representation in the practice of law. Lawyers of color are truly underrepresented representatives in the legal field and the onus has fell on our shoulders to cover as much ground as possible. This responsibility can become very taxing.

On January 25, 2021, the State Bar of Michigan Young Lawyer Section held a Michigan Town Hall. The Town Hall wanted to cover the responsibility that young lawyers of color have when representing issues directly relevant to minorities. The program was inspired by the American Bar Association: Men of Color Project. The ABA Men of Color Project originated in June 2016. A vision of then ABA-Young Lawyer Division Chair, Tommy Preston, the initial aim of the project was geared toward men of color in their first five years of practice. I, along with Jerome Crawford, who would later on serve a term as chair of the Men of Color Project, were a part of the inaugural team for the project. The project wanted to ensure the success and retention of male lawyers of color in the practice of law. Since its inception, the Men of Color Project has expanded the conversation while keeping its roots. The Men of Color Project has provided programming on imposter syndrome, the lack of representation, and mental health in the legal profession.

The Michigan Town Hall consisted of an esteemed panel of Michi
gan attorneys that included ABA President Elect, Reggie Turner, Judge Edward Ewell, Judge David Perkins, and Former Mayor of Detroit, Dennis Archer. The program covered a vast number of topics. Panelists touched on topics such as police brutality, the impact of the pandemic, and young lawyers impacting the legal guild outside of their respective practice. Speaking for myself, the biggest take away from the program was the responsibility to help others and pay forward the help we all received on the way. Each panelist provided jewels of wisdom reflective of their collective success in the legal guild. The program was well attended by not only young lawyers, but Judges and member of the general public and community. 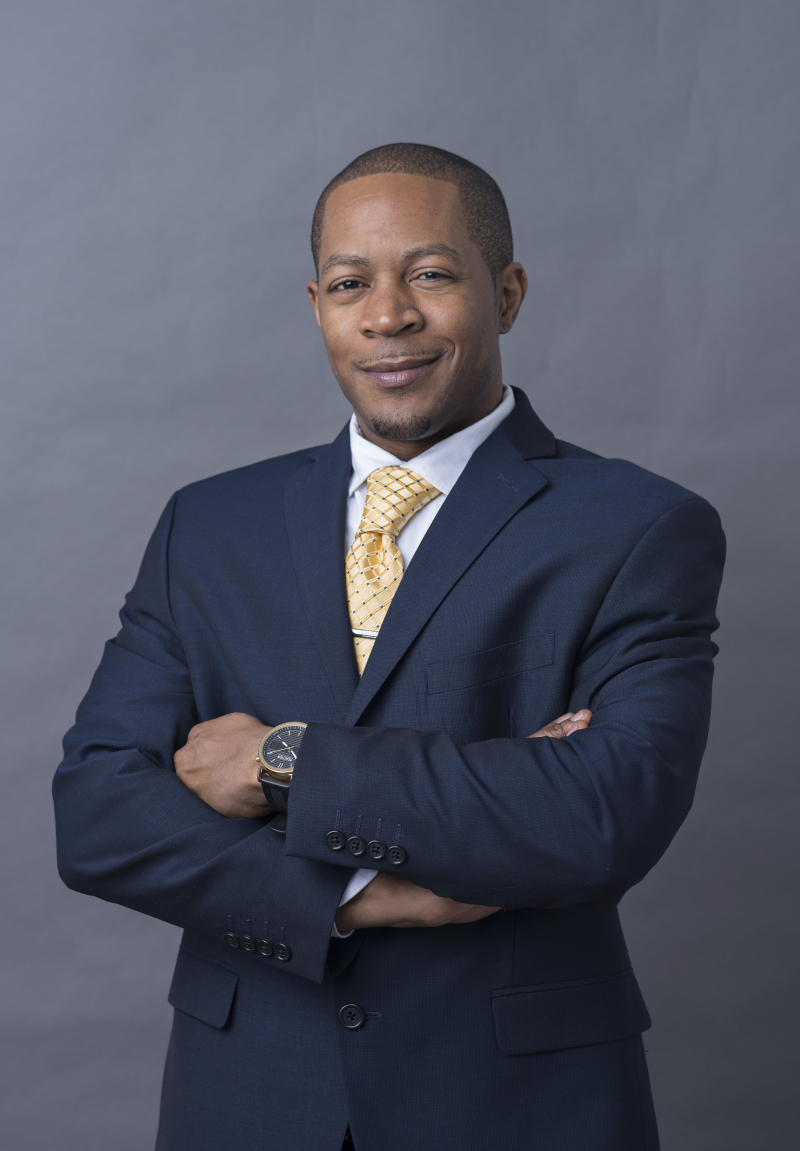 During this week's post, we have the opportunity the catch up with Darnell Barton, the newest addition to YLS Council in District II! Read on to learn more about him.

Objectives/goals related to your new position as Council Member--i.e. what do you want to accomplish? I am really big on giving back to the community. So, anything I am involved with, on some level, relates to giving back to the less fortunate.

Favorite thing about your geographic region in Michigan? I am new to the area, so I would say: any Tropical Smoothie location ;)

Why did you choose to pursue a legal career? After the death of Trayvon Martin, I felt compelled to bring more awareness to the plight of young black men and those disproportionately affected by what seemed to be an unjust system. Instead of pursuing a career in New York City, I moved to Dallas, Texas, where I began a three-year journey towards justice.

What is one (or two) pieces of advice you wish you knew when you were starting your legal career that you know now? Be Yourself. Do not be afraid to speak up for the values that look to help the community. It starts in law school.

What is the best part of your job? When a mother or someone close to my client gives me a hug and thanks me.

What is surprising about your job that others may not know? How often “customer service” is overlooked in many relationships within the legal industry.

What do you like to do in your spare time (i.e. hobbies and interests)? I enjoy spending time with my family, mentoring, and working out.

If you could have one superpower, what would it be? Not sure: maybe invincibility, however, each power has its pro’s and con’s.

And I have to ask this question (though I feel so many interviews do!): If you could have lunch with any person, living or dead, who would it be? Why? Thurgood Marshall: to ask him how we can update his revolutionary Brown v. Board of Education argument to help the children of these deteriorating schools and neighborhoods of today. 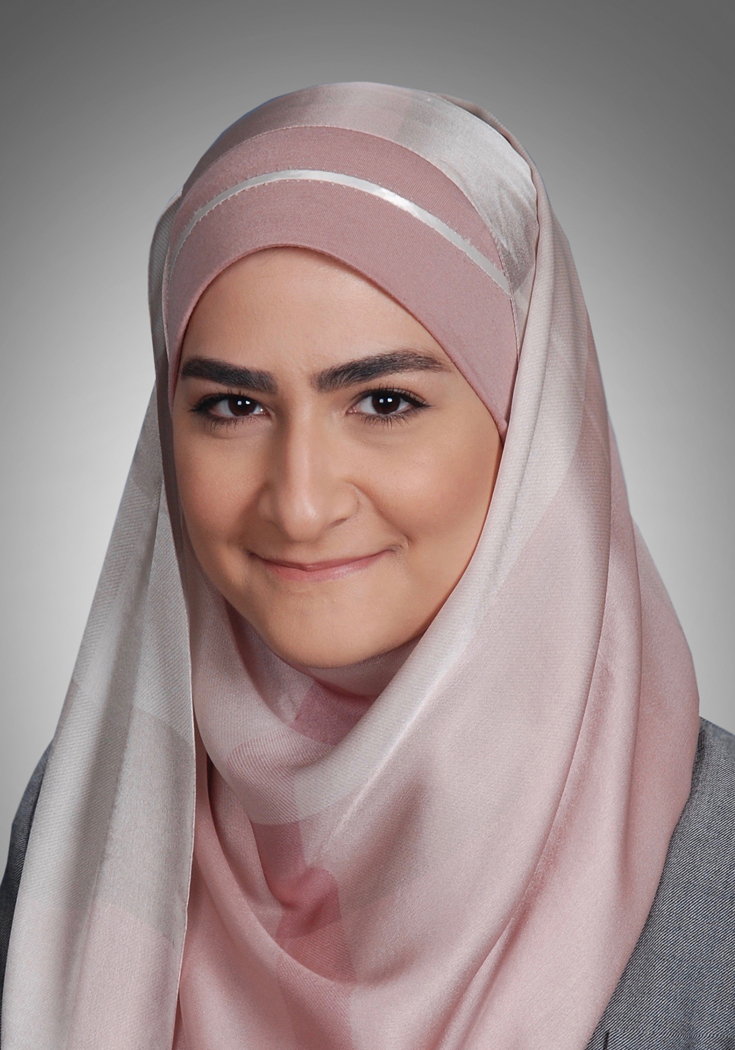 We are back this this week welcoming Fawzeih Daher to District II! We are excited to have her on YLS Council. Keep reading to learn more about her.

Objectives/goals related to your new position as Council Member--i.e. what do you want to accomplish? My goals on the Council include supporting programs that help younger attorneys in their transition to the practice and providing informational sources to law students as they begin to prepare for graduation.

Favorite thing about your geographic region in Michigan? The diversity and close-knit community that I live in.

Why did you choose to pursue a legal career? I’ve always had an interest in the law, the intellectual challenges that come with the job, and the idea of being an advocate. Being able to see the day-to-days of the job during an undergrad internship at the Wayne County Prosecutor’s Office confirmed those thoughts.

What is one (or two) pieces of advice you wish you knew when you were starting your legal career that you know now? Don’t doubt yourself and have faith in your capabilities. What is the best part of your job? The opportunity to learn something new every day and being able to deeply analyze and question the law.

What is surprising about your job that others may not know? I only have one court hearing for each of my cases. Not sure if that’s surprising, but I think it’s pretty unique!

What do you like to do in your spare time (i.e. hobbies and interests)? Spend time with my family and friends, exercise, bake, and re-watch Grey’s Anatomy.

If you could have one superpower, what would it be? Time travel.

And I have to ask this question (though I feel so many interviews do!): If you could have lunch with any person, living or dead, who would it be? Why? Ruth Bader Ginsburg. It’s hard to think of a more monumental and historic figure for women lawyers, women in general, and any person who’s been affected by inequality on the basis of sex, race, religion, class, etc. She’s always been a personal role model and one of my dreams was to watch her during a live Supreme Court hearing.